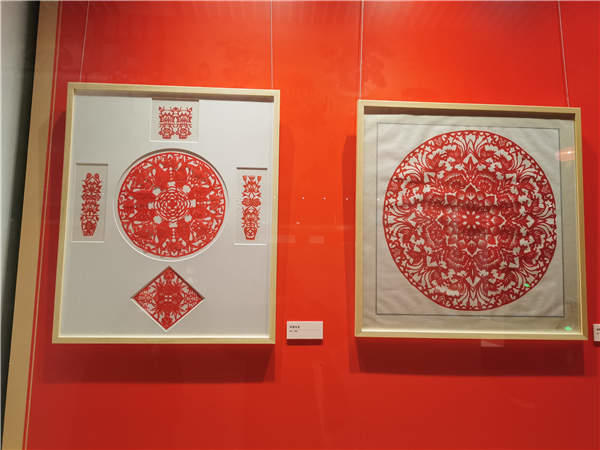 An exhibition displaying traditional folk art surrounding the Chinese New Year opened in the National Library of China in Beijing on Jan 21.

Dozens of artworks of traditional Chinese paper-cuttings, printed New Year paintings and more have been showcased at the exhibition, which will run through end of February. The show mainly features artisans' works from Beijing, Tianjin and Hebei province. Some artisans also show their craftsmanship at the site of the exhibition.

For example, Hengshui paper-cutting from Hebei province stands out as a highlight of the display. The art form, said to date back 2,000 years, has continuously evolved over history and used Chinese paintings as foundation to create a unique style.

The displayed works in the library include not only those with auspicious patterns for family reunion, prosperity, and longevity, which are commonly connected with Spring Festival, but also paper-cutting replicas of famous Chinese paintings like the 12th-century masterpiece Along the River During Qingming Festival.

For the upcoming Spring Festival, a series of special events will be held in the library, including musical concerts, recitations of classic poems and lectures on New Year couplets, to improve public understanding of traditional folklore.